Join Us For A Discussion and Review of the 2020 Elections

As some time has passed and we can better evaluate the results, we invite you to join us as we re-cap the positives and negatives of the 2020 elections in Jackson County. Hearing from voters with different levels of engagement brings important perspective as we begin the early planning for the 2022 races.

Come with ideas and an open mind December 23rd at 6pm on Zoom.  Register here: https://us02web.zoom.us/meeting/register/tZ0qd-6rrT0jGtTjs8nvoTE1tzUVeafy3L0_

Missouri Democratic Party Elects Most Diverse Officers in Our History

Last weekend, new members of the State Committee met to elect four new officers. Committee members, who are elected by state senatorial districts, chose from a historically diverse set of candidates representing the full spectrum of the Democratic Party and all regions of the state. 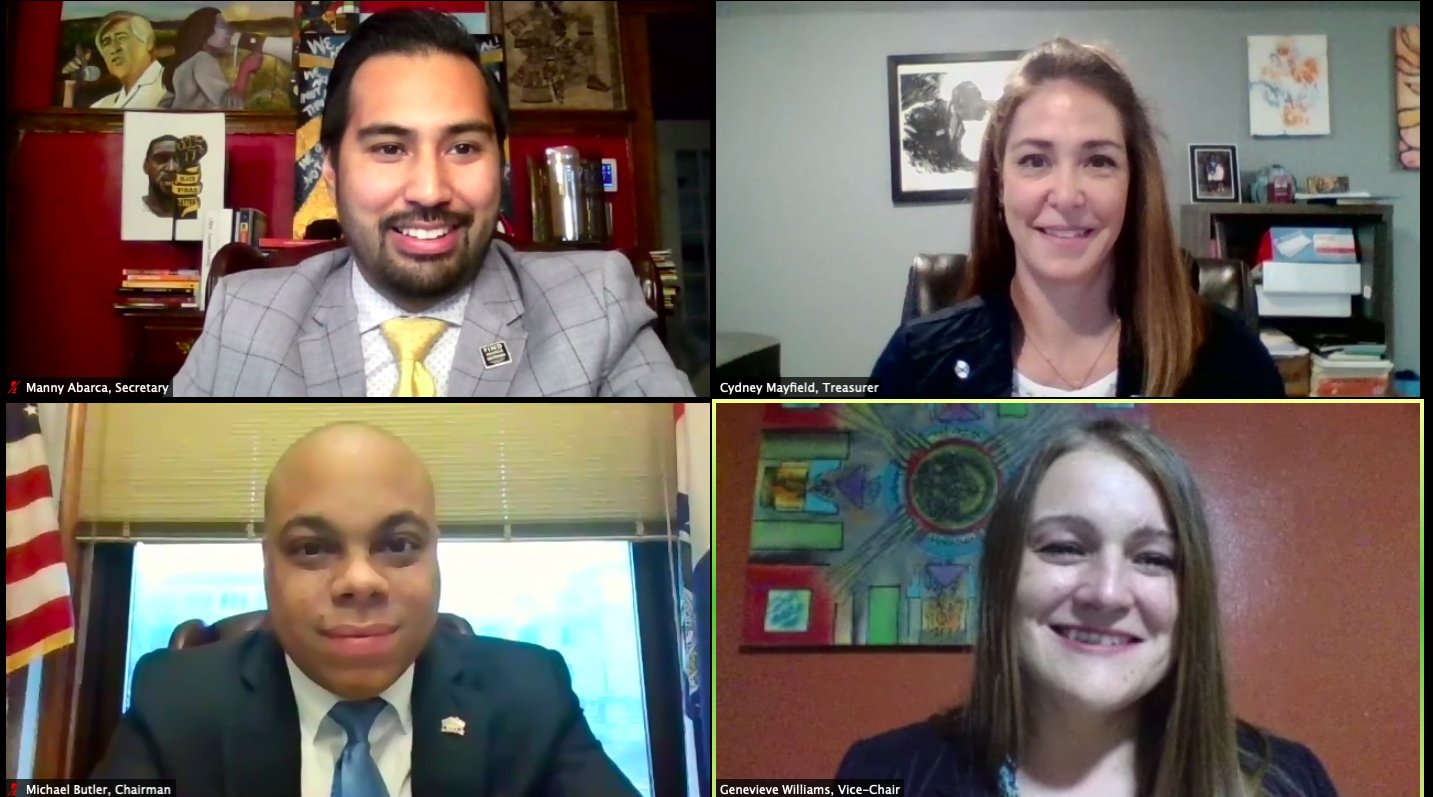 Not only is there historic ethnic diversity, the average age of the executive officers is 36 making them possibly the youngest in the US.  All four are anxious to set the direction for the party as we begin the new election cycle.

Build A Bench of Grassroots Power!

Municipal elections in the spring of 2021 will be here before you know it! The filing deadline for the general municipal election is January 19, 2021, so MDP is partnering with “Contest Every Race'' to recruit Democrats to run for small, local offices like school board, county commissioner, assessor, city council, and many more.

We need folks like you to run! Submit your info and we’ll get back with you ASAP! And check out all our resources for folks considering a run for office here!

(via Rep. Jerome Barnes)
On a straight party-line vote, the House Special Committee on Government Oversight on Dec. 14 voted 6-3 in favor of a non-binding resolution calling on Congress to reject the presidential election results of six states won by former Vice President Joe Biden, a Democrat, as part of a far-fetched attempt by Republicans secure another term for President Donald Trump, who lost both the national popular vote and electoral vote by wide margins.
However, the full Missouri House of Representatives adjourned from its special legislative session on Dec. 16 without taking up the politically motivated measure. The House had been expected to end the session Dec. 10 but extended it at the behest of 67 Republican lawmakers who signed on to resolution. The measure died when the chairman of a procedural committee that also had to approve it prior to House debate said his panel would not meet.
The government oversight committee vote took place on the same day the Electoral College met in state capitols across the country to formally election Biden as president. Biden won 306 electoral votes, while Trump garnered 232, including Missouri’s 10 electoral votes. Congress will take the largely ministerial action of certifying the Electoral College results on Jan. 6.
House Resolution 2 urged Congress to reject in the electoral votes from Pennsylvania, Wisconsin, Michigan, Georgia, Arizona and Nevada, swing states won by Biden. During a contentious three-hour hearing, HR 2 supporters offered no evidence of fraud that would justify overturning millions of votes in those states. Trump's personal attorney Rudy Giuliani who appeared via videoconference, was the primary witness but only offered debunked and unsubstantiated claims that already had been rejected by dozens of state and federal courts across the country.