Last year, Missouri voters decided to do what the Republican majority refused for years: expand Medicaid in the state, keep our tax dollars here, accept federal support, give health care access to more than 200,000 citizens and save a number of rural hospitals.  Many states, including bright red ones, put aside their hatred of former President Obama and decided to do what was right years ago. With 53% of the vote, Missourians forced our government's hand...but House Republicans once again decided they know better. Last week, the House Budget Committee voted on party lines to not fund Medicaid expansion despite a Constitutional mandate to do so.  This is an addition to the long list of times Missouri Republicans have seen the will of the voters and done the opposite.

We have to defend this critical issue for citizens across the state who need it most. Please target calls to the following Republicans on the Budget Committee and demand they uphold their oath to the State Constitution by funding Medicaid expansion.

SENATE ANTI-PROTEST BILL TARGETS LAWFUL ACTIVIST GROUPS
Last week on Monday, State Sen. Bill Eigel’s Senate Bill 26 was heard in the House Committee on Crime Prevention Monday evening. SB 26 creates the offense of “unlawful traffic interference” which could result in felony charges after a third offense of blocking traffic on a public street or highway as part of an “unlawful” assembly. It would also revoke a municipality’s right to manage its own budget if it diverts a certain amount of funding away from law enforcement in a five-year period, and it takes power away from local governments to best determine what reflects the needs and values of their respective communities.

You've heard the saying "all politics are local."  School Board, city government and local policy questions are on the ballot for the April 6th election.  Check your registration and see a sample ballot at www.KCEB.org for Kansas City residents or www.JCEBMO.org for Jackson County voters outside of KC.

S&P predicts Biden's infrastructure plan will create 2.3 million jobs by 2024, inject $5.7 trillion into the economy — which would be 10 times what was lost during the recession — and raise per-capita income by $2,400.

Also of note is that there are a high number of families struggling in what seemed to be a good economy.  Democrats should not be too surprised by that fact.  The Tax Scam and other Trump era policies may have driven the stock market to record highs, but that never had much effect on real working families. President Biden's plan will have tangible impacts on millions of families across the nation as we build back better.  The full article from Axios is here.

We Are Already Building Toward 2022 Now

Jackson County Democrats are well into launching a plan for our most important work of this election cycle: registering more voters, specifically in Kansas City's core and Independence.

Voter registration will be the biggest focus for 2021 and leads into our county wide turnout and persuasion efforts across the area. With legislative redistricting and a US Senate race, we can't waste the momentum Democrats are showing nationally, especially with the early success of the Biden Administration and popularity of the American Rescue Plan. With weather improving (perhaps this week aside) and life with in-person contact projected to get back to normal by mid summer, the clock for 2022 has started.

Show your commitment toward progress in 2022 by giving to our registration drive campaign.  Funds received here will stay entirely in Jackson County and be used to find new voters and update registrations of lapsed voters. Missouri can look like Georgia soon and this is the best path to get there!

Senator Razer will review legislation that has passed or will be discussed this session and there will be a Q&A session. 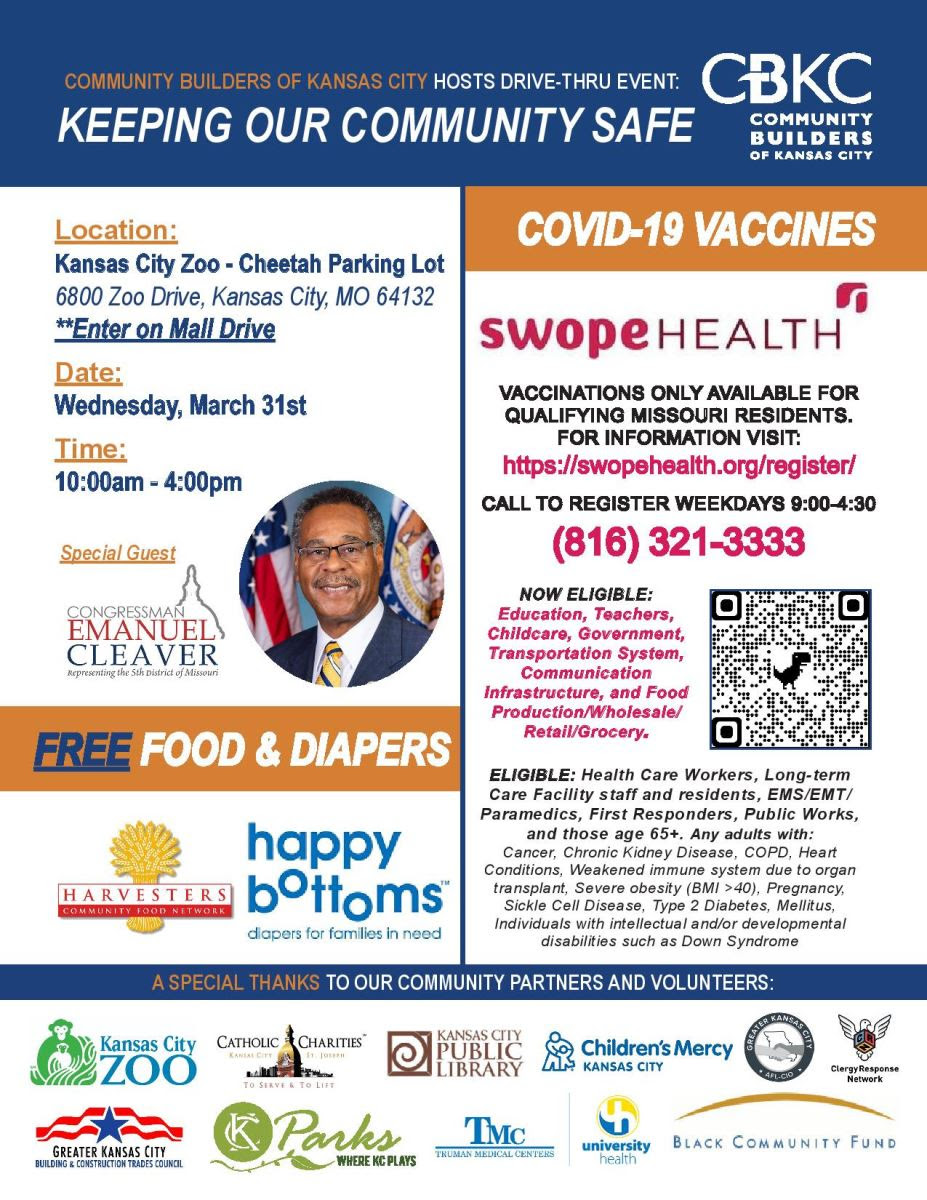