On Saturday, we were sad to learn of the passing of the longest serving member of the Jackson County Legislature in our history, Fred Arbanas at age 82.

Fred Arbanas was “Jackson County’s Champion” for more than 50 years.  During his stellar career on the football field as a member of the Kansas City Chiefs, he was part of the 1969 Super Bowl Championship team.  Following his retirement after the 1970 season, the Chiefs Hall of Famer quickly began to put his winning ways to work for the citizens of Jackson County.  Arbanas was elected to the Jackson County Legislature in 1973 as part of the original Jackson County Charter Government.  He served his constituents with distinction for the next 41 years including four years as Legislative Chairman (1974, 1975, 1988, 1989).  In 1999, recognizing his years of service and commitment to Jackson County and its Parks Department, the Longview Lake Golf Course was renamed the Fred Arbanas Golf Course in his honor.

Fred’s reputation as an office holder was sterling.  He was always approachable and followed through on his commitments.  Dutch Newman said “Fred Arbanas is about the people. His stellar accomplishments as a legislator, particularly with the parks, have moved Jackson County forward as a great place to live and play.” He was awarded the Senator Ronnie DePasco Public Service Award by the JCDC in 2018 as a small recognition for his lifetime of service.

He will be dearly missed by countless people that he touched from his work in both the private and public sector. 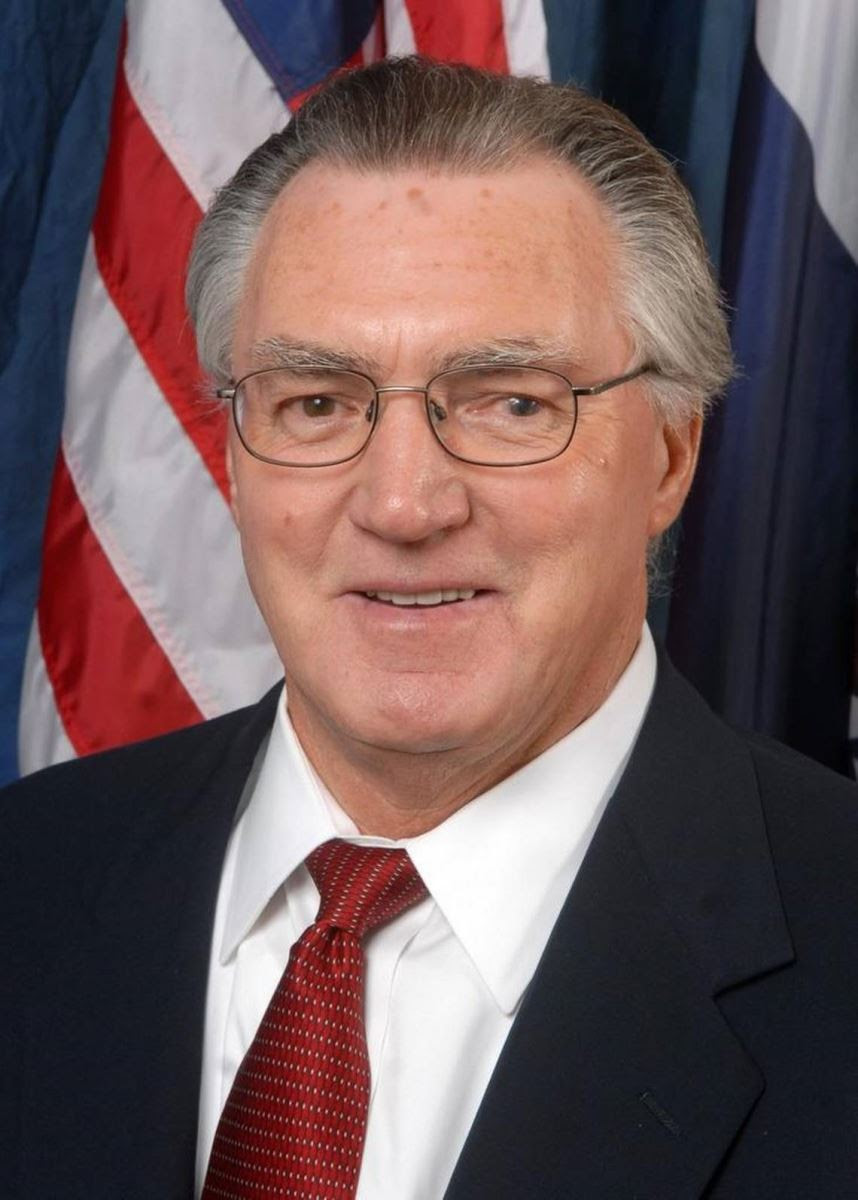 The House of Representatives on April 15 voted 153-0 to temporarily reject the resignation of a Republican state representative so that the House Ethics Committee can complete its investigation into allegations that he physically and sexually abused his now-adult children when they were young. State Rep. Rick Roeber, R-Lee’s Summit, HAD submitted a letter on April 13 saying he was resigning as of April 16.

The Ethics Committee plans to issue its report on April 19. After the report is released, the House could take further action against Roeber, including expulsion. An expulsion vote would require a two-thirds supermajority, or a minimum of 109 votes. The House has only expelled one member in state history, ousting a lawmaker in 1865 for disloyalty to the Union. As in the current case, that lawmaker attempted to resign, but the House refused to accept the resignation pending consideration of an investigative report and subsequently voted for expulsion.

The allegations against Roeber date to the 1990s and early 2000s and became public last fall when his children shared their experiences with The Kansas City Star. At the time, Roeber was running to fill the House seat previously held by his wife, Rebecca Roeber, who died in 2019 from injuries suffered in a serious car crash months earlier. Rick Roeber’s children were from a previous marriage. He was narrowly elected in November.

Roeber submitted his resignation shortly after news broke on April 13 that House leaders had contacted prosecutors and police in Jackson County expressing concerns about Roeber’s continued contacts with a minor child. In his resignation letter sent to all House members, Roeber said he only intended to serve one session and is moving out of state with his fiancé to be closer to her children and grandchildren.

Charter School Funding Bill Heads to Senate
HB137, the Charter School “Fix the Glitch” Bill passed out of the House on April 15. It attempts to address some of the local effort funding discrepancies that are currently being addressed in the KC Public School District (KCPS) with a Memorandum of Understanding (MOU) with the local Charter Schools. KCPS has been using its State funds to make up the difference, but the Charter School community is seeking a more formalized arrangement for future expansion and budget planning. There are a number of school choice efforts moving through the general assembly from open enrollment to school vouchers. Join the Lee's Summit Democrats as they host Lucas Kunce, candidate for US Senate.  Meeting is open to all Jackson County Democrats.

Check out new items in the Missouri Democratic Party's store. Show your support and click the image to find a great item.

The Northland Democratic Club
will be meeting for the first time in 2021!
This will be a socially distant event and masks will be required.
(Pending local, county, state, CDC guidelines.)
When: Tuesday, April 20th , 6:30 pm
Where: The Groundhog Day Theater
6906 #B N. Oak Trafficway
Gladstone, MO 64118
Agenda: Election of Officers: President, Vice-President, Secretary
Please let me know if you or someone you know may be
interested in filling one of these positions.
I am pleased to report that I have received some membership
dues. Dues are $15 per year. Mail a check payable to NDC to:
Sherry Duffett
1563 Smiley St
Liberty, MO 64068
sherryduffett@gmail.com
816-507-2337
The meetings will continue to be scheduled on the 3rd Tuesday of
the month. If you have any questions or concerns or if your
contact information (email/address/phone number) has changed.
Looking forward to seeing everyone!
Stay Safe and Healthy!