Mar 09 2020
Missouri Primary Watch Party
Join us after you vote as we watch election results from Missouri, Michigan, Mississippi, Idaho, North Dakota and Washington come in. With just two viable candidates remaining, tomorrow's results could be the difference in the race to defeat Donald Trump.
All Democrats are welcome Tuesday night, 7pm-10pm at Lew's Grill and Bar, 7539 Wornall Rd. KCMO.  We'll have MSNBC, CNN and local news coverage so you won't miss any results.
Thank You to All Who Supported the 12th Annual Wiggins Fund Event

We had a great turnout last week from supporters across the region helping to keep full time staff here in Jackson County working for Democrats.  A special thank you to our sponsors: Carpenters District Council of St. Louis and Kansas City, Jeremy and Stephanie LaFaver, Cleaver for Congress, Travois and Powerful Performance Solutions.  If you couldn't make it but would still like to help, please consider donating a little each month through the Executive Director's Circle HERE.

Press Release from the Kansas City Election Board

In an effort to keep things running as smoothly as possible on March 10th Presidential Preference Primary, the KCEB has some things everyone should know when you vote next Tuesday. READ IT HERE.  If you live in Jackson County outside of Kansas City, CLICK HERE to get more information.

(via the Missouri Times)

Walsh, who is finishing her final year as the senator for SD 13 due to term limits, made the announcement from the Senate floor Tuesday afternoon. She said she plans to continue out her term as a senator but wished to transfer the leadership position to Rizzo while she was still in office.

“Senator Walsh has been an unwavering fighter for working families, public schools, and vulnerable Missourians throughout her tenure in the legislature, and it is an honor to continue these efforts and more as Democratic Leader,” Rizzo, from SD 11, said in a statement.

Walsh has been a stalwart advocate for labor issues while serving in the General Assembly. She recently led a marathon filibuster against a bill that would have changed how asbestos claims are handled in Missouri.

Rizzo, who previously served as the assistant minority floor leader, was elected to the Jackson County seat in 2016. He also served in the House where he was the minority whip.

“Missouri families are tired of having a legislature that hands out favors to the special interests while everyday citizens get left behind,” Rizzo said. “Across the state, more Missourians are getting on board with Democratic efforts to make health care more affordable, government more accountable, and an economy that works for everyone. The Democratic Caucus is fighting for commonsense values in the Senate, and we look forward to achieving more victories for Missouri families.” 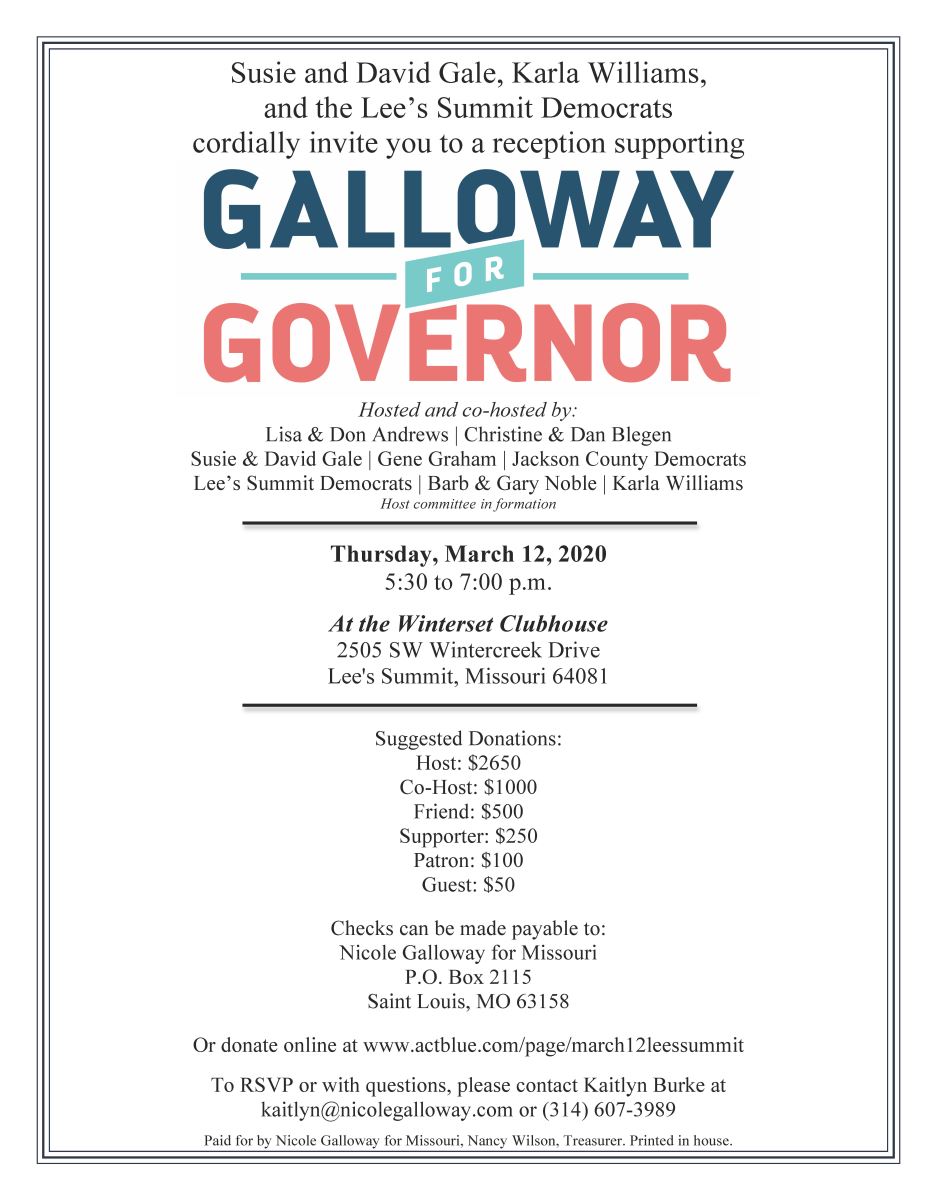 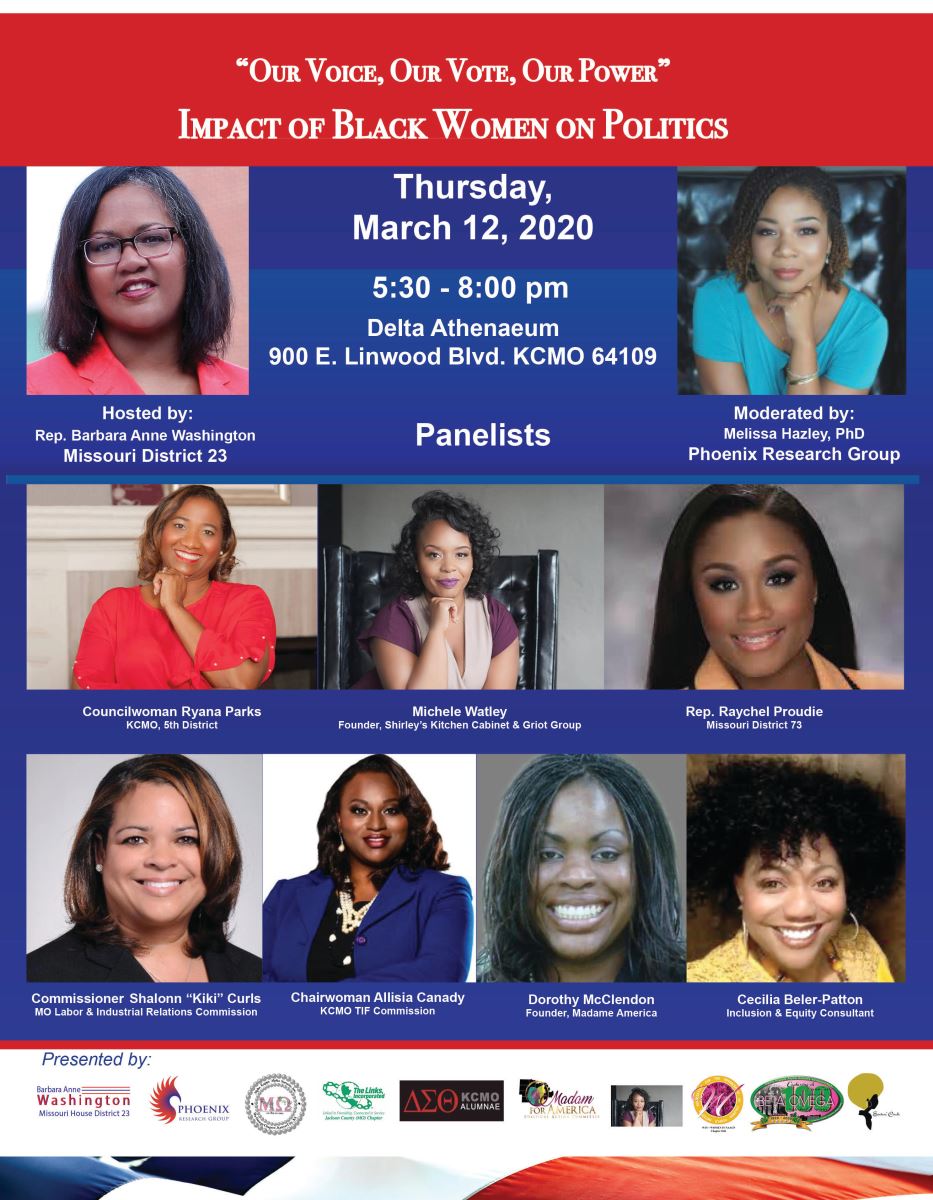 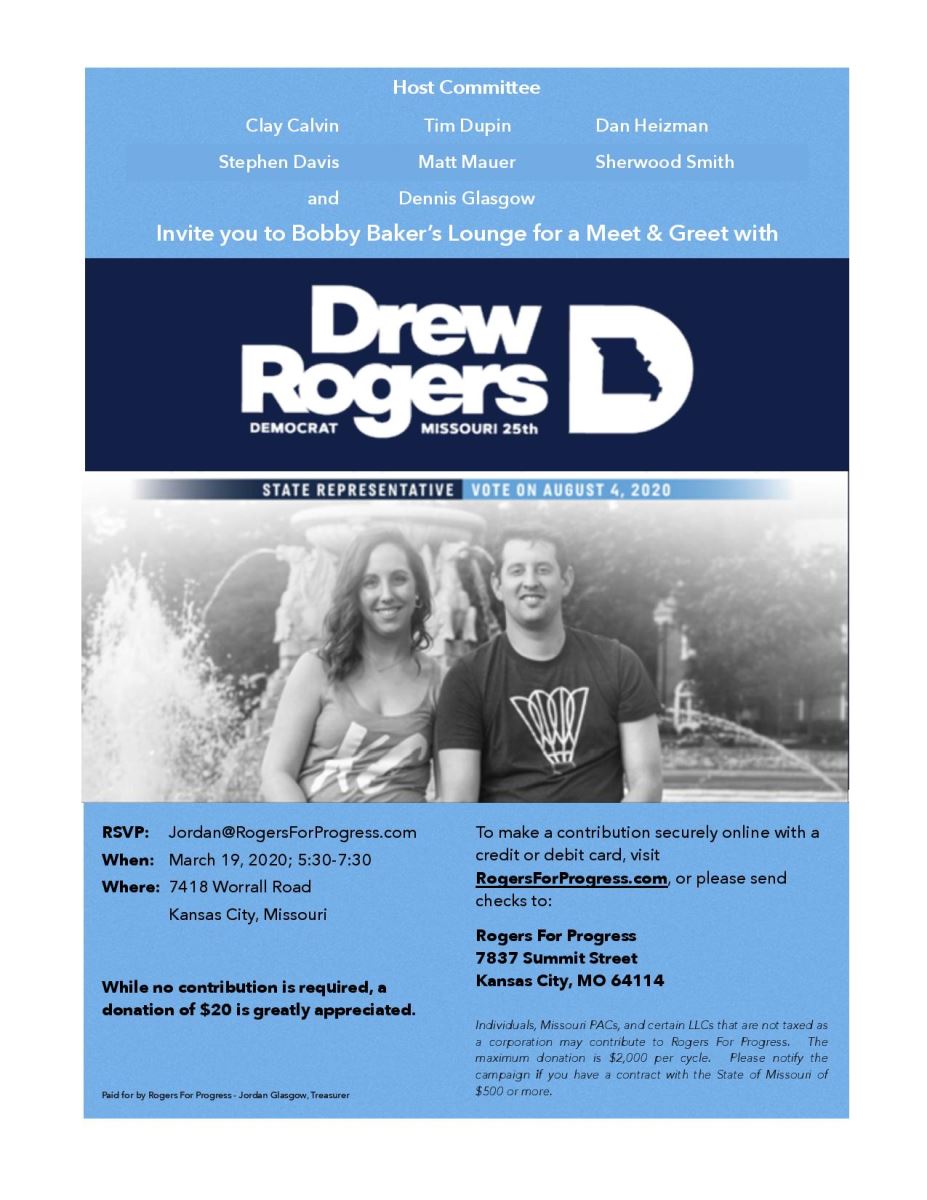 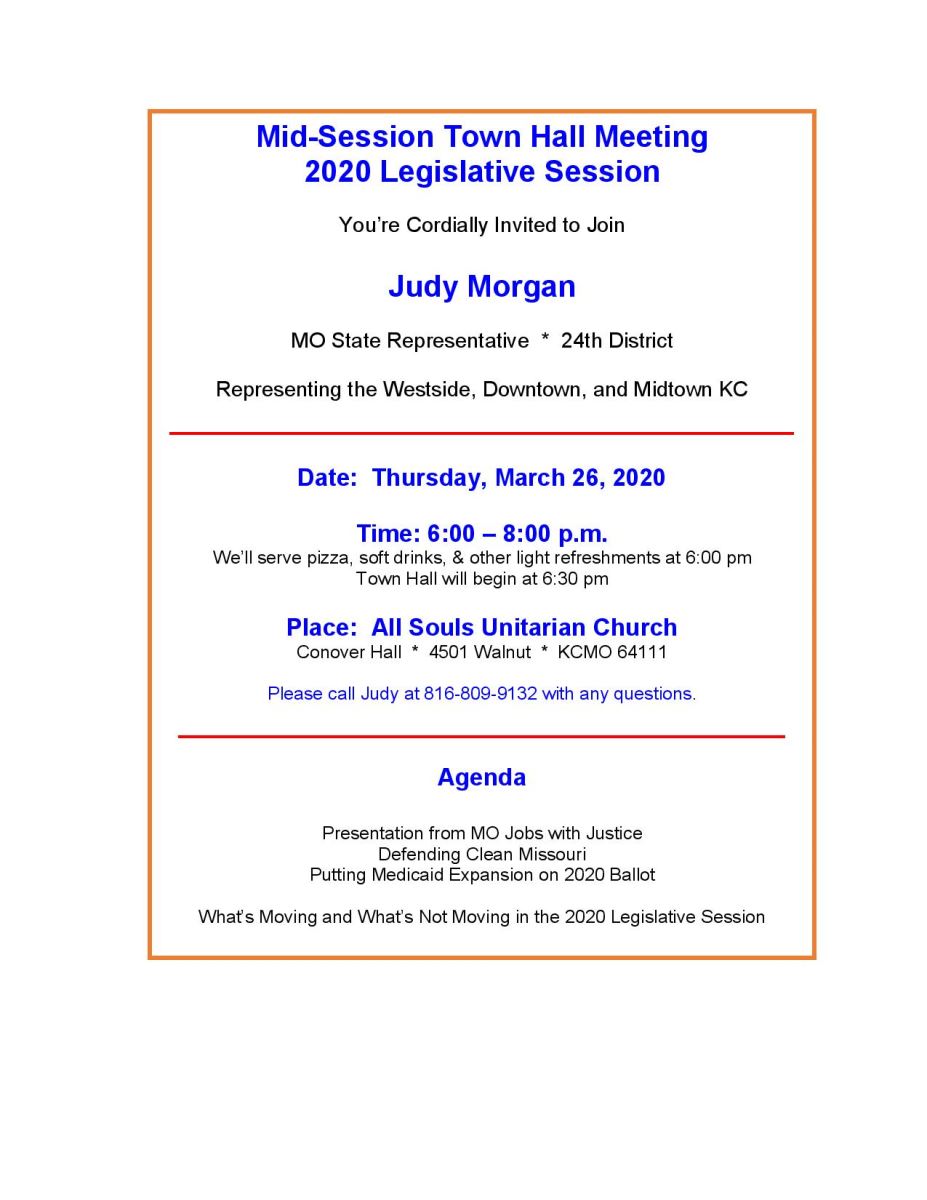 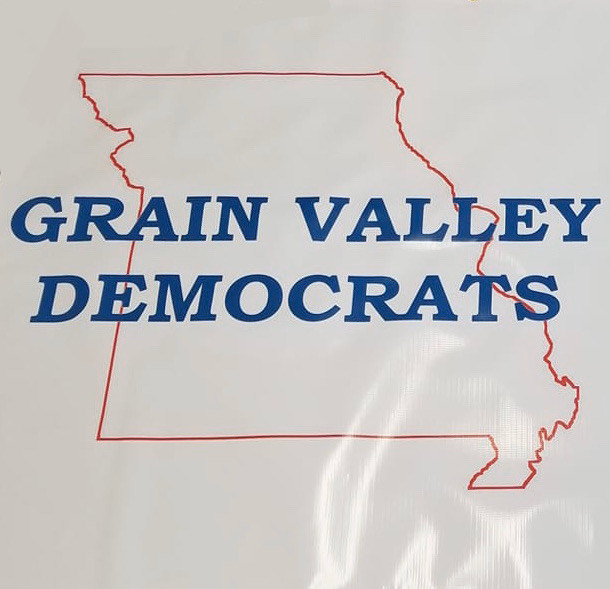 (All funds solicited in connection with this event are by the Grain Valley Democrats and not by Congressman Cleaver or Cleaver for Congress.) 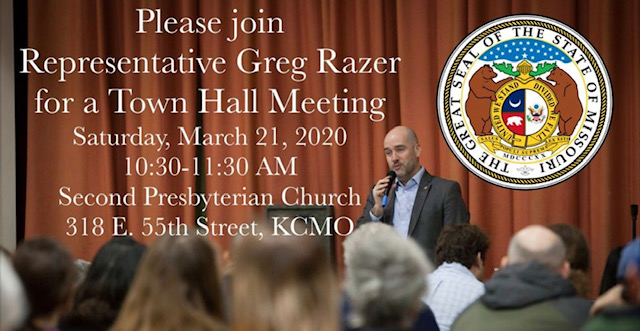 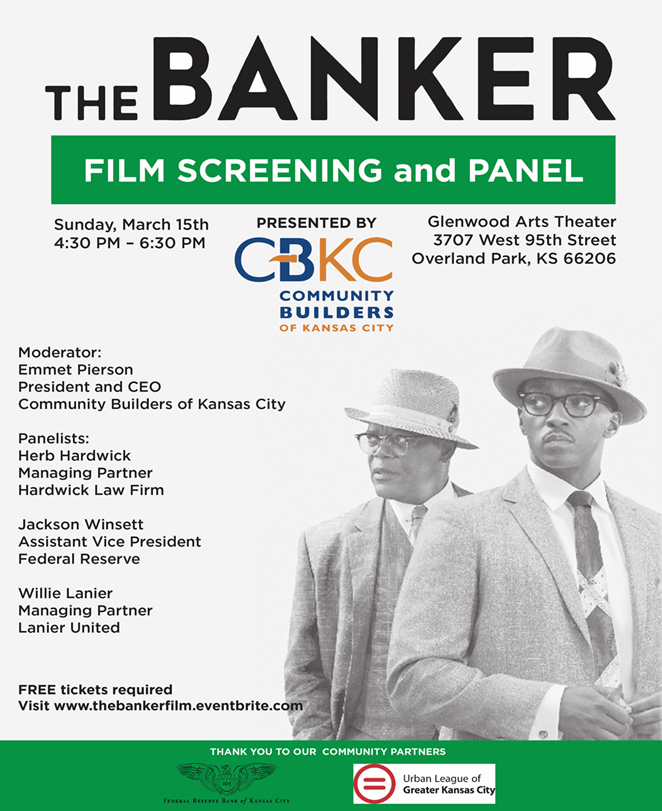 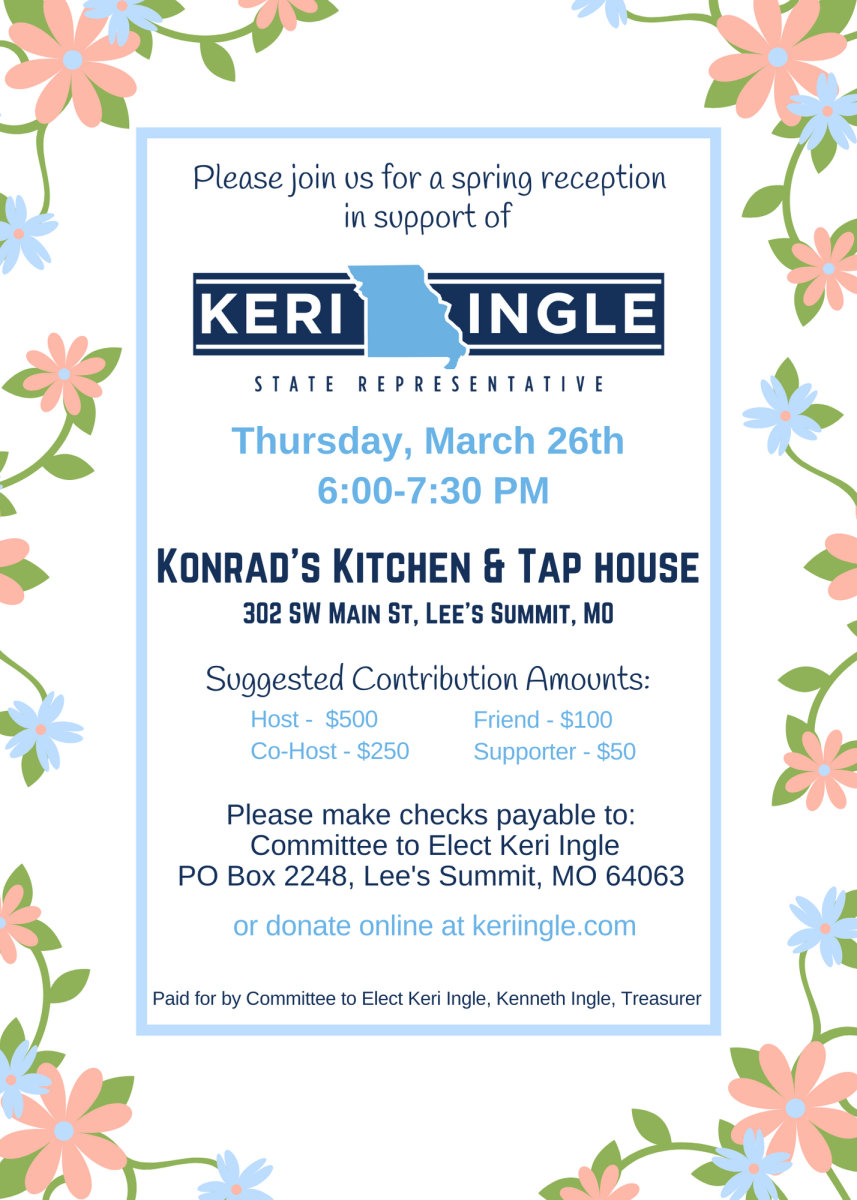 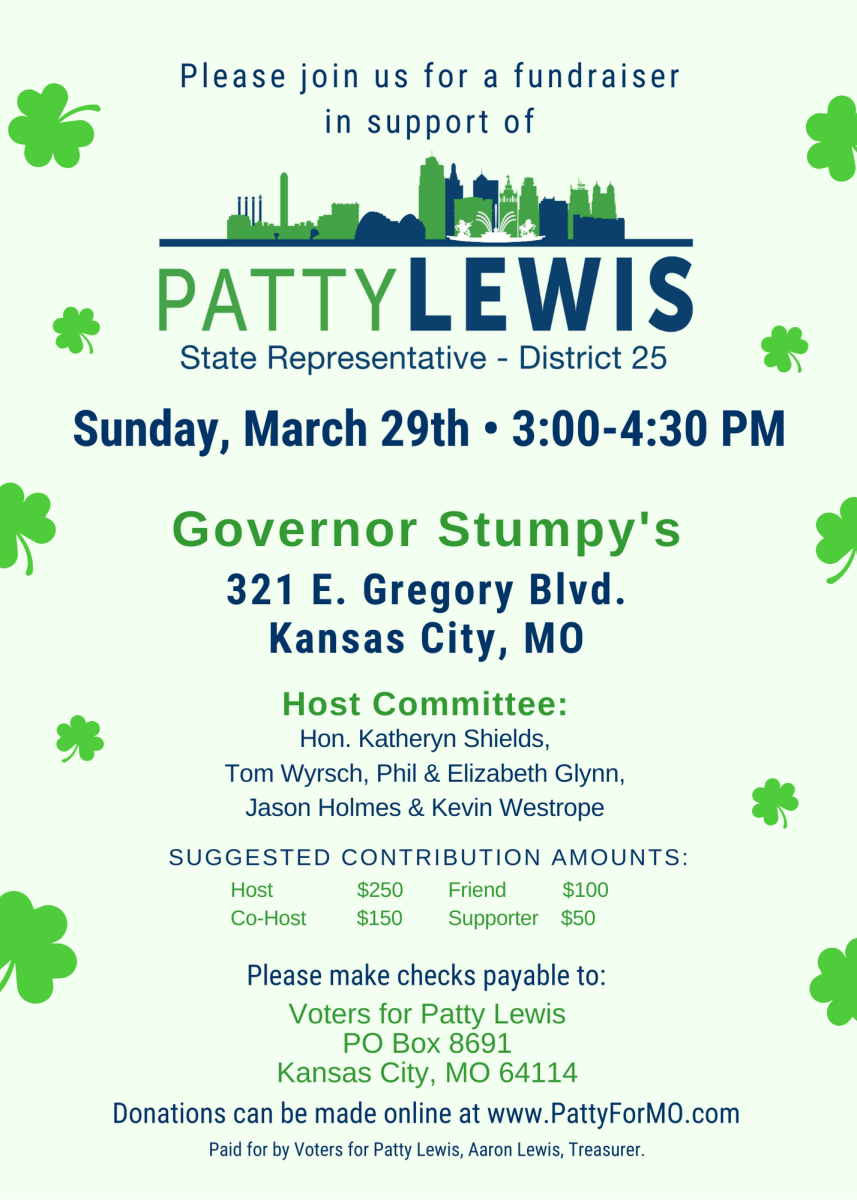 With the Missouri primary tomorrow, every contact counts. Volunteers are needed for canvassing and phone banking shifts.

Missouri for Biden Has Space in South KC

Some merchandise available so grab it while it's here!

Disclaimer: The JCDC does not endorse in primaries where there is no incumbent and will not endorse in the Presidential primary until a nominee is secured at the convention. We also do not get actively involved in non-partisan races. We strive to equally and fairly provide information about all candidates so our supporters are aware.